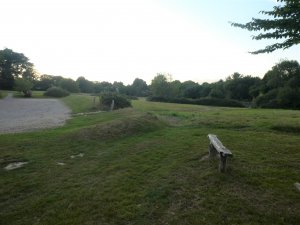 Finche Field in Church Hill, West Hoathly lies between the villages of Sharpthorne and West Hoathly.

It was originally bequeathed to the County Council in 1965 and then transferred to the Parish Council on 1985.

The land was gifted by Colonel Ralph Stephenson Clarke of Borde Hill for the purpose of an Open Space with the provision of allotments for the parish of West Hoathly. 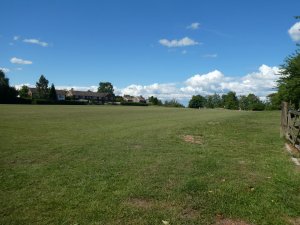 North Lane Recreation Ground was gifted to the parish in 1921 by Ursula Ridley as a recreation ground for the benefit of the inhabitants of West Hoathly.

West Hoathly Football Club have been playing Football here since 1911. 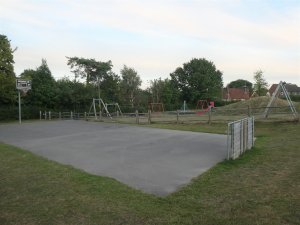 A picture of the Playarea in North Lane Recreation Ground

Alongside the recreation ground there is also a children's playarea, a basketball hoop and football kickboard.

The play area contains a set of cradle swings, a small slide and springer for the very young.

For the older children there is a climbing house, rota swing rope climber, basket swing and zip wire.

Sharpthorne Old Playground lies on the edge of Sharpthorne alongside Glenham Place.

It was gifted to the parish in 1916 by Julia Cohen of Courtlands to be used as a recreation or playing ground for the inhabitants, and especially for the children, of Sharpthorne. 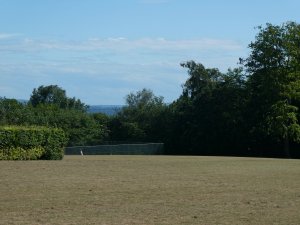 The Hook Lane Recreation Ground on the edge of the village of West Hoathly is owned by Mid Sussex District Council. 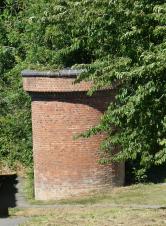 Sharpthorne New Playground is owned by Mid Sussex District Council and is situated in the centre of Sharpthorne by the Bluebell Tunnel Air Vent. 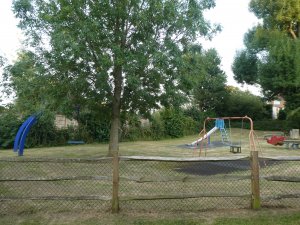 A Picture of the playarea in Sharpthorne New Playground

The playground consists of a Basket Swing, cradle swing, sit on roundabout and seesaw.

As well as the playground there is also a small kick about area.